The Nottingham H.O.U.S.E (Home Optimising the Use of Solar Energy) 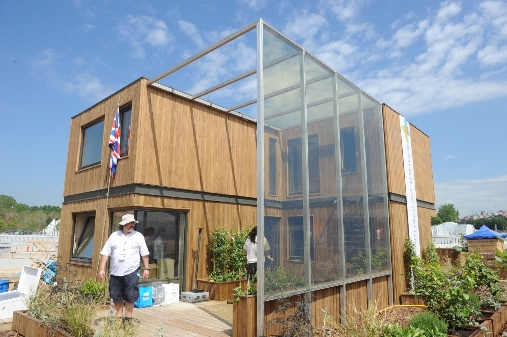 The Nottingham HOUSE is designed as an affordable family house for the mass market; as such its design focuses on reducing energy demand and has been designed to meet Passivhaus standards of 15kWh/m2/yr.

This energy is generated using a 3.2kWh peak array of Avancis PV panels, which show off the latest generation of thin-film panels.  Energy is also generated in the form of a solar thermal panel on the roof which provides the majority of the house’s hot water 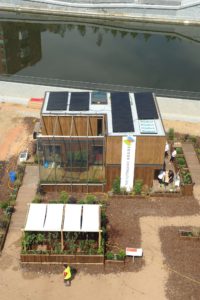 The indoor climate of the Nottingham HOUSE is regulated using a highly insulated envelope (wall U value of 0.1), which is helped by a high-density dry lining which provides thermal mass.   Tested in Madrid it was capable of retaining an interior temperature of around 24˚c with an outdoor temperature of 30˚c with only the occasional use of a new downdraught evaporative cooling system.

Humidity is regulated by a breathing envelope, supported by an Isover vario membrane which provides airtightness and intelligent vapour migration.  This is also helped by using clay based paints to regulate moisture content in key spaces.

The house is designed acoustically to allow communication between floors (allowing for multi-tasking), but with private quiet areas.

While the house is designed to PassivHaus standards, it performs in the summer using opening windows and stack ventilation, which allows more user control and therefore a better feeling of controlling one’s own environment.  This system also uses less energy, and provides excellent air quality. 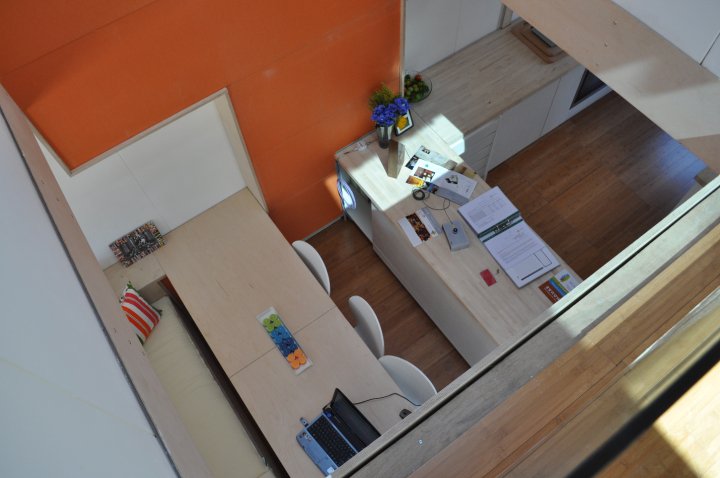 The House is designed to meet Code Level 6 of the Code for Sustainable Homes, and as such it is designed to have a minimal imprint on resources use (water, materials, energy).

The house is almost entirely constructed from timber, which is all taken from sustainable sources.  This means that it has not only a reduced carbon footprint, but actually acts as a carbon store during its lifetime, after which the modular timber components can be reused.

It reduces water use using Ecoplay grey water recycling to harvest water from the shower for use in flushing the toilets, but will also collect rain-water in Nottingham to use in the rest of the house. 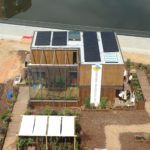 Many of the building materials used have a high recycled content, from the insulation which is recycled glass, to the aluminum used to extend the timber windows’ life.

The Nottingham HOUSE was designed not only to showcase the latest Solar design, but also to break away from the typical “Ecohouse” pavilion that is prevalent in the UK.

The design team set up three key principles which have shaped the final building: Producing a family house, capable of being part of a sustainable community; working within a four day assembly; and creating a house which integrated passive design into the spaces of the house, meeting the most stringent UK and European criteria.

The house brings together materials researchers, industry partners and architectural students and staff to create a team which has used both the design and building of the HOUSE as a learning exercise:  5th years have designed the house and joined with  2nd and 3rd to form the construction team. 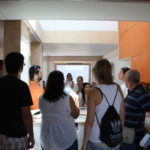 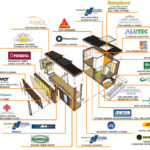 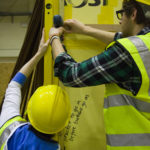 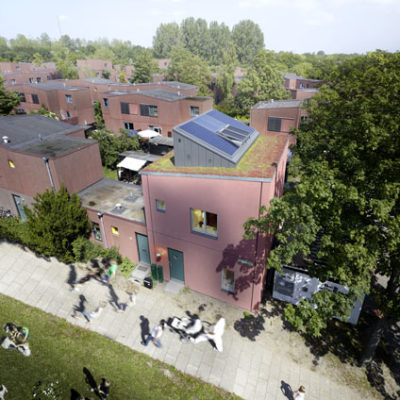