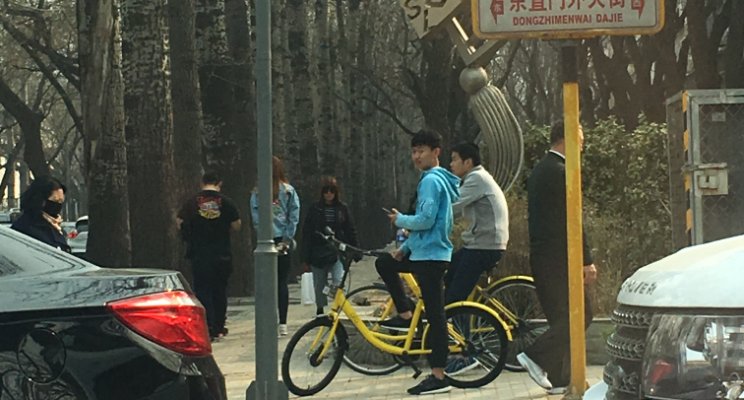 Went to Beijing last week, on the occasion of the China Green Building Congress. Nearly 7 years since my last visit in 2010, following a postgraduate programme in energy & green architecture. Leaps of progress in Beijing since then and lots of inspiration to take home.

Made a point of going back to revisit same places, and the immediate big difference upon walking the streets there was an absence of motor noise. Bicycles galore, most of them citybikes which are app controlled for payment and locks. The phenomena is called ‘internet of bicycles‘ – hopefully we will see this in Europe soon. It took off in 2016, and is now widespread in bigger cities. No bicycle lanes yet, probably coming in the next leap. Also tri-taxis, cladded with stainless steel, are electric, as are delivery mopeds and a fair share of cars. Saw a lot of Teslas, but also more modest e-cars.

The main occasion for going to Beijing was the opportunity to speak in my new capacity as general secretary of the Active House Alliance; on March 21 I addressed the plenary with a presentation on ‘tomorrows buildings today‘. Speaking to an auditorium with capacity of 3000 people was a first for me, but a very rewarding experience. 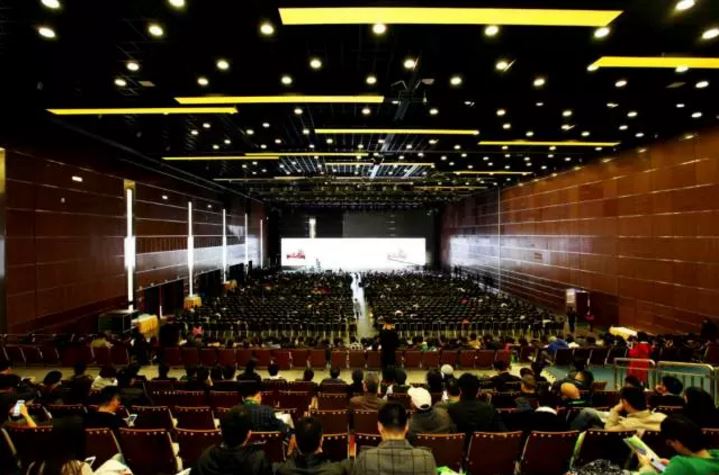 以人为本 – ‘to treat people as the most important’

My key point was how important it is that we do not neglect the use of a building, and that the users are in focus of designing and dimensioning sustainable buildings. Putting people first is a verb in Mandarin – ‘yǐrénwéiběn’ 以人為本 translates into treating people as the most important. Supporting the point with several graphs, decimals and real life cases which have been scrutinized in use, results researched thoroughly. The message echoed very positively, many kindred spirits and sustainable soul mates in China.

Next day provided an opportunity to engage deeper into the subject of research and practice, at an Active House seminar, with lectures from Chinas sustainable front-runners, a.o. Professor Song Yehao from University of Tsinghua, founding partner of the studio OPEN Architecture Li Hu, and Wu Wei from gmp architekten. The seminar outlined the current discourse on benchmarks, definitions and tools for sustainable buildings in a Chinese context; great level, ambition and enormous complexity of the task. 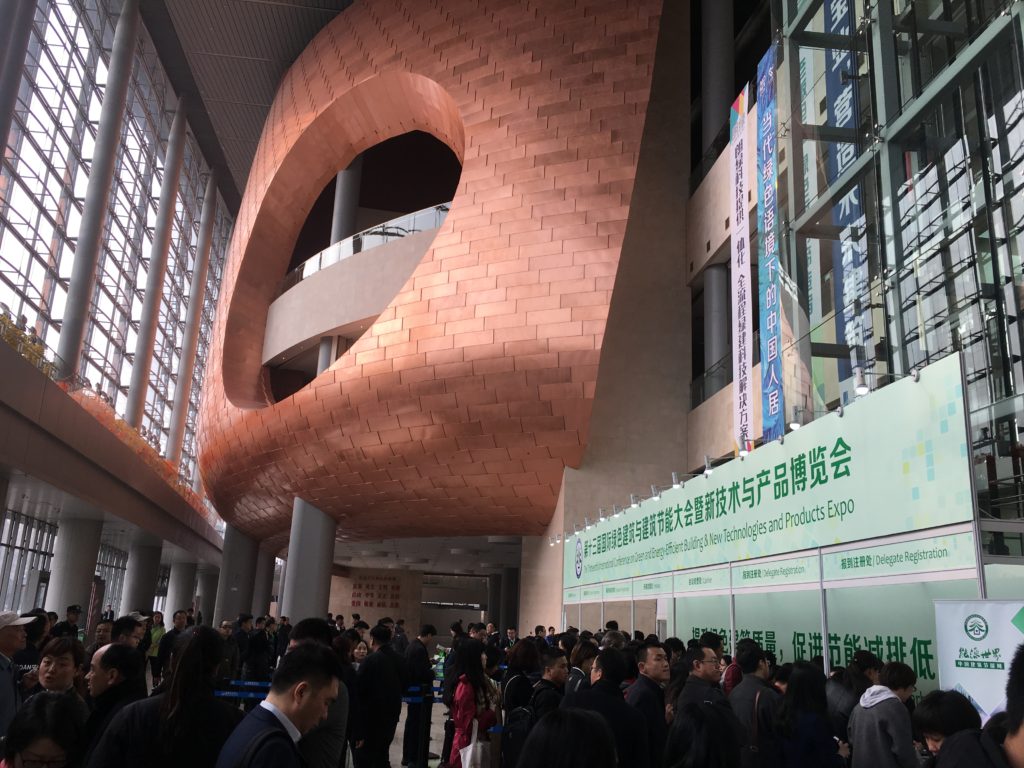 Completing the picture at the school of architecture at Tsinghua University, with a symposium discussing theories and paradigms of sustainable architecture, with participation from 5 Chinese universities. In my part on Active House I could include thoughts and examples from the recently published article by Rob Marsh, which empirically crystallizes and outlines the flip side of the passive heating paradigm from 1985-2005, and via design resolutions leads the way of intelligent building envelopes to resolve the problems of a past paradigm.

Summing up the discussions, feedback, echoes and impressions, the general discourse on sustainable buildings is visionary, well informed of the experiences gained elsewhere, and determined not to repeat mistakes in approach and mindset. Focus on flexible climate systems and approaches, and avoiding rigid systems which only gives half a picture. Regarding the building as a user-centric ecosystem is perceived as natural and important.

President Xi Jinping Davos 2017 key note adress was referenced several times, accompanied by confidence that China can take a lead role. I picked a quote from his speech, where he talks about that it is no good hiding in a dark room when the going gets tough:

While wind and rain may be kept outside, that dark room will also block light and air.

How does this relate to talking about sustainable buildings? First, it serves as a reminder to never block out fundamentals such as daylight and fresh air, and next it underlines the importance of resolving complex problems, not with a restricted system, but with an open attitude and profound understanding of as well history as future.

A Chinese take on sustainability

The most beautiful metaphor on how to approach sustainability came from the chairman of the World Green Building Council, Dai Lixiang. He gave a novel narrative to circularity: A cross-cut of a tree, illustrating that we add layer upon layer, new protects the old, and it takes time to grow. 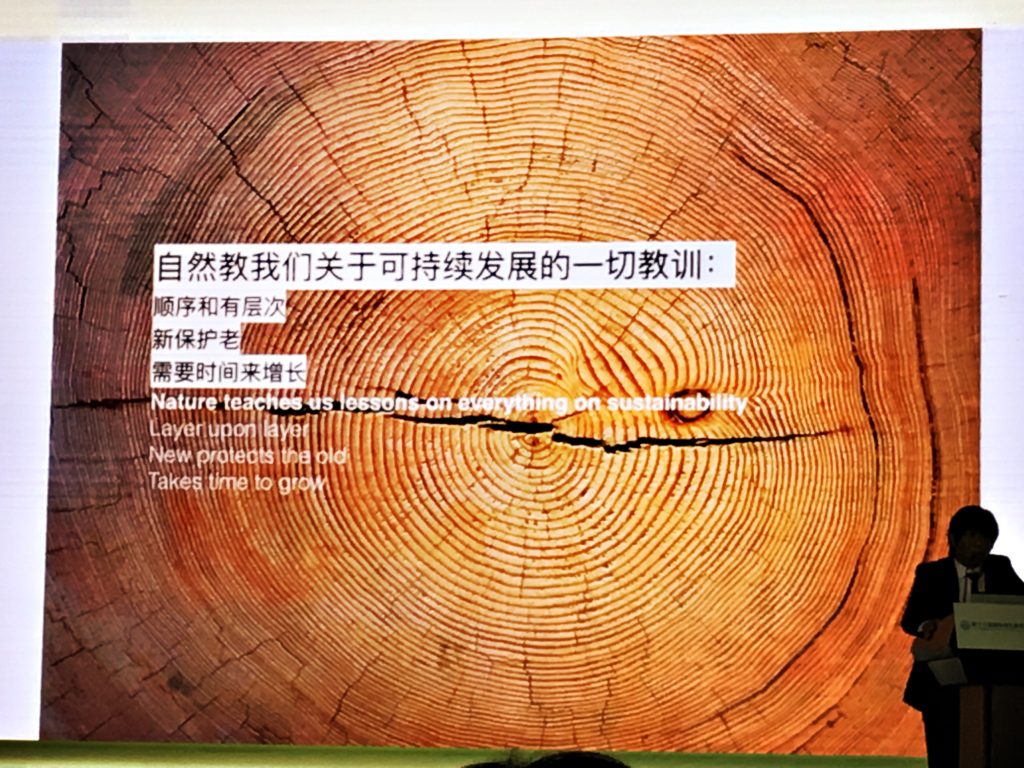 The building envelope would then be the bark of the tree, the circle. We must pay paramount attention that this envelope bark is sound, permeable but without punctures, and flexible to allow growth and protect users within, on their health & wellbeing.

This post first appeared on the LinkedIn blog of Lone Feifer and is reproduced here with the author’s permission. 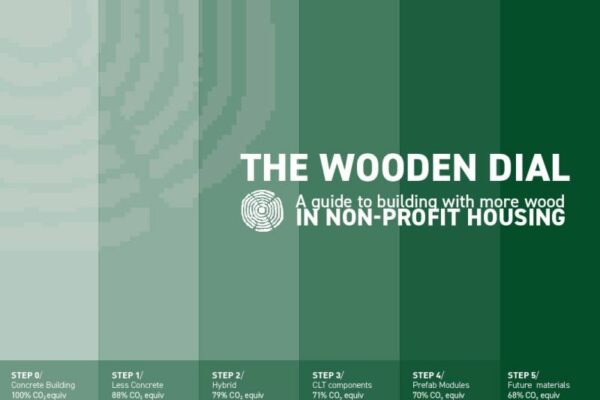 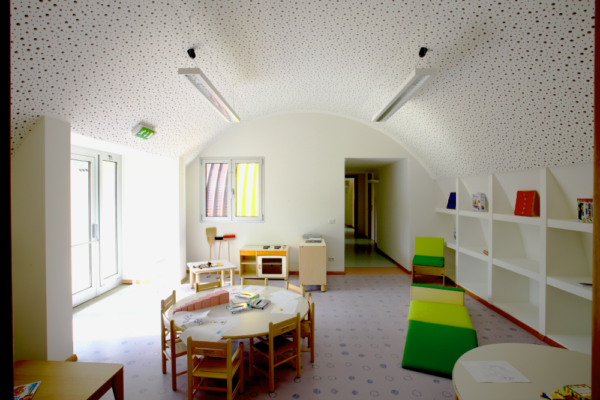